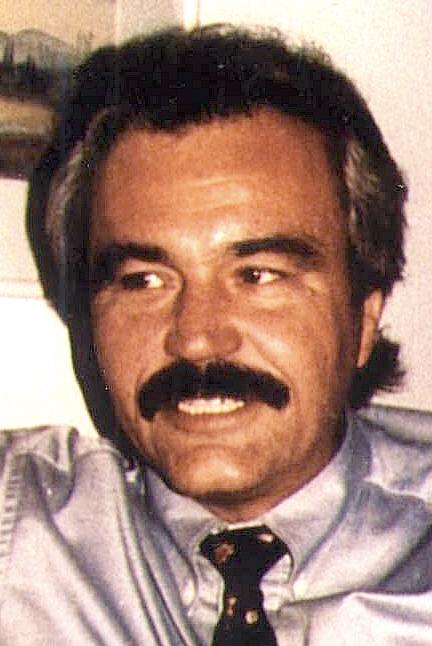 Below are the introduction and a select number of recipes from Dr. Valentin Reitmajer’s cookbook representative of the cuisine of the German-Bohemians who in 1838 left their native Bohemian Forest and founded the village of Poiana Micului (Buchenhain) in southern Bukovina. The book contains over sixty recipes, a glossary which translates the German-Bohemian expressions into high German, a table of contents, 9 photographs and a map.

1. History of the German-Bohemian Cuisine

The history of the following recipes, transmitted for almost two centuries from generation to generation by word of mouth, can truly be designated as an adventure story.

My great-grandmother, from a little village in the Bohemian Forest not far from Bayerisch Eisenstein, was born in 1832 into a family of German lumbermen, which had presumably originated in the Upper Palatinate (Oberpfalz). Since her parents saw no future in the Bohemian Forest and assuredly were not blessed with material goods, they gratefully responded to the offer of the Austrian royal family, which at that time ruled over Bohemia, to immigrate to BUKOVINA, in today’s Romania [sic].

At that time and until 1918, Bukovina was the easternmost crown land of the vast multinational Danubian monarchy of Austria-Hungary [sic]. And it was there that the Emperor promised land and livelihood to the German-Bohemians willing to immigrate. So my great-grandmother’s parents, together with thirty-seven other families, packed up and with their meager possessions traveled by foot over 1000 kilometers from Böhmisch-Krumau (today: Česky Krumlov), through Galicia to the longed-for new homeland. 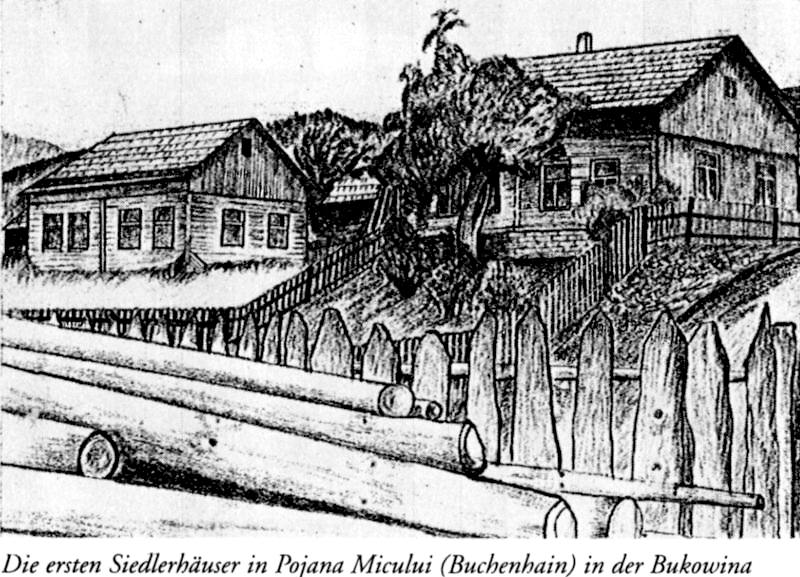 On their foot march, especially difficult for the children– my great-grandmother was exactly six years old– the settlers were accompanied and protected by an imperial escort. After traveling for months under difficult conditions, they arrived in Bukovina; their disappointment was profound, in that they were expected to settle on land consisting only of virgin forests! The Emperor had made a promise but not kept his word. Since there was no possibility of returning, my great-grandmother’s parents, along and the other settlers, rolled up their sleeves and cleared the forest, constructed makeshift huts (later replaced by proper wooden structures as in the Bohemian Forest), and carried on small-scale agriculture. They also did almost everything else as they had done it in Bohemia, which included building, singing, speaking and naturally also cooking.

In the course of time there arose a veritable German-Bohemian village, which they called Poiana Micului, in German Buchenhain—with church and school. And within a century the thirty-eight founding families had expanded into a village community of about 2000 people [sic]. 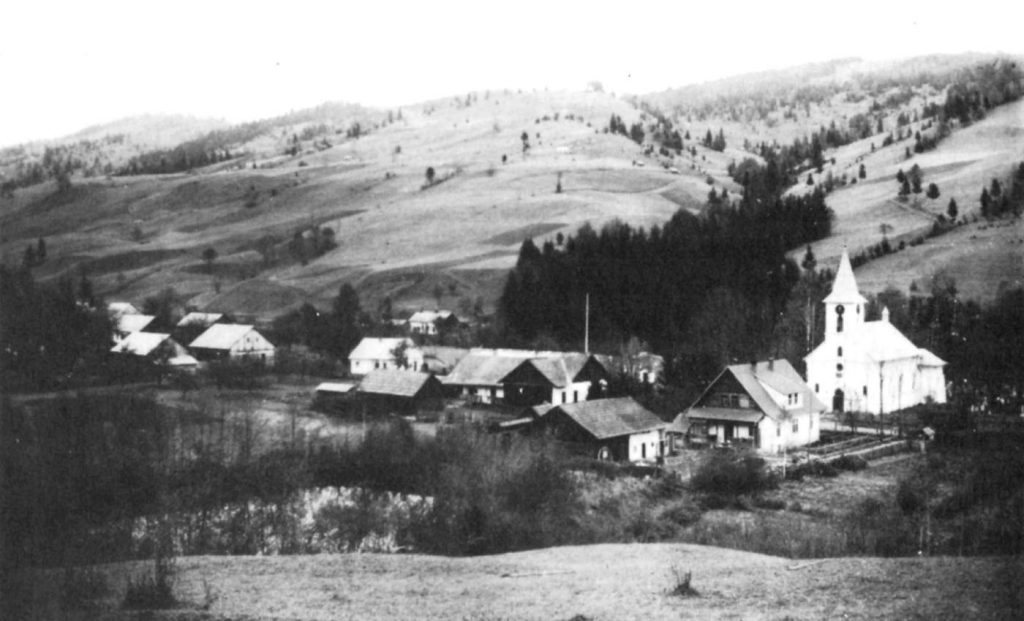 But in all those years the Bohemian homeland was never forgotten and in the evening around the fireplace, when the women and girls sat at the spinning wheel and the men whittled wooden shoes and other objects, much was related about it. From their fathers the boys learned about agriculture and forestry, while the girls learned cooking and housework from their mothers, as they had taken it over from their parents. Thus, it was only natural that the daughters, including my great-grandmother, grandmother and mother, followed the manner of cooking of their mothers, which they in turn transmitted to their daughters without a recipe ever having been recorded.

As in language and other traditions, the German-Bohemians carefully guarded their traditions although or perhaps because in Bukowina they lived in a multinational environment, surrounded by Romanians, Russians, Czechs, Hungarians, Huzules, and Jews, who likewise maintained their customs.

But everything considered, all the ethnic groups—basically a model for today’s Europe—lived peacefully with and among one another. Indeed, one group sometimes adopted an idea from another, as is to a certain extent reflected in the recipes.

After about 100 years everything came to an end. During the Second World War, in the winter of 1940, the villagers, half willingly, half forcibly by the National Socialists within the framework of operation “Resettlement South Bukovina”—better known by the slogan “Home to the Reich”–were evacuated to Germany.

After a brief stint in a camp in Austrian Styria, they were eventually resettled for a short time in [German-occupied] Poland as so-called “frontline farmers.” Toward the end of the war they fled westward with horse and wagon to avoid the approaching Russian front; after a period of privation, most found a new homeland in Lower Bavaria but also in other areas of Germany.

Their village had ceased to exist, since it had been torched by the German army in advance of the approaching Russians. In time rebuilt by Romanians, Poiana Micului no longer has the appearance and layout of earlier times.

Today most of the 1940 evacuees are old or have already died. Their manner of speaking, singing, but especially of cooking lapsed into obscurity with the death of the last surviving Buchenhain inhabitants, since their children have adapted to the contemporary German environment and are generally so assimilated that the cuisine of their forebears is foreign to them.

I, too, traveled along this path until not too long ago when I realized how tragic it would be if an entire culinary tradition should be entirely forgotten – and how contemporary this cuisine actually is at a time when one is overwhelmed by over-refined foods on the one hand but especially by unnatural, unhealthy and packaged industrial produce on the other.

Many people, especially those who are nutrition-conscious, today again want to sustain themselves with biologically sound foods. And specifically for this purpose the following recipes from the German-Bohemian cuisine will offer varied ideas and suggestions. I have attempted to discern how my forebears, the German-Bohemians in my great-grandmother’s time, cooked and ate. In part I already know this from my childhood, when my mother was still alive and did the cooking. For the details I can thank Mrs. Bertha EIGNER of Julbach/Inn, who at age seventy-five years still cooks as at home in Poiana Micului and revealed to me many secrets of her culinary art.

2. The Peculiarities of the German-Bohemian Cuisine

That this manner of eating is already two hundred years old I have already noted. Nonetheless, it is interesting and not without significance to reflect how people preserved foods and managed without a refrigerator, without a thermal chest, without a supermarket around the corner, and without all sorts of artificial substances (harmful things!), yet with simple means enjoyed a variety of meals. At that time there was no butcher shop in the village of Poiana Micului, no bakery, no grocery or beverage stores and also no fruit or vegetable dealers.

Every family was self sufficient, without knowledge of artificial fertilizers or preservatives to say nothing of using them. And the next town was about thirty kilometers away, which on foot or by horse constituted a considerable distance.

– simple but tasteful and healthy

Since most of the inhabitants of Buchenhain were poor rather than rich and had many children – eight to ten as a rule – one was forced to cook simple and often Spartan-like meals. That this was not at the expense of flavor, nature, and above all health is seen by the recipes, which offer tasteful and varied dishes. Naturally all foods were biologically sound, since almost without exception they were prepared at home and without artificial admixtures. Today one would describe this as biologic-dynamic food production.

“German-Bohemian cuisine! Oh, Bohemian cuisine!” some would say who hear this. I’m already familiar with “Knedlicky,” [dumplings], “Bowidldatschgerl” [prune pockets],“Schweinebraten mit Sauerkraut” [roast pork with sauerkraut] accompanied by music (Musi). Far off the mark! The cuisine presented here has nothing or very little to do with this. It is neither that which one characterizes as typically German nor that which one considers typically Bohemian. It is something creative-original; it is simply “German-Bohemian Cuisine”!

3. German-Bohemian Cuisine of the Finest Sort

Naturally on workdays, because of sheer necessity, meals were lean, but that is not to say that the menu was not tasteful and varied. On holidays and feast days, e.g., Christmas, Easter, Church festivals, or weddings and baptisms, everything available in house and yard came to the fore.

Yield to the temptation of your “German-Bohemian feast!

A hearty whiskey topped off the meal to which wine or beer were added on special feast days, or otherwise cider.

But a very important component of such a festive meal was stuffed cabbage (“Galuschde,” Krautwickel: recipe, p. 34) and pickled jellied meat (“Gschdonas,” Köchelsülze: recipe, p. 67) available between meals for the entire day of the feast.

Late in the afternoon – the meals lasted for hours— coffee was served, which was imbibed only on such occasions and on Sundays. With it the housewives set on the table the above-mentioned baked goods. But the so-called braided yeast cake (“Waggal,” Hefezopf: recipe, p. 76) with fresh butter was a very special delicacy.

Do you already have an appetite?

Try it yourself and prepare a festive meal that will make your table sag!

Many of today’s people, especially those interested in culinary matters, have tired of the much touted
”New Cuisine” or also the numerous meat dishes and are seeking proper, original and at the same time healthy changes and alternatives. Especially these individuals, but also all other readers will have sheer delight in the following recipes, often also meatless dishes, which confound us because of their simplicity and naturalness as well as by their flavor, originality and nutritional quality.

The German-Bohemian dialect, by which the dishes and preparations are identified, links the recipes to the history of village life, thus making them truly original and creative. Written without diacritical marks, this dialect, akin to Upper Palatine and Austrian, is always noted. For purposes of clarity the terms are also cited in high German.

Anyone who cannot grow his own biologic foods and maintain his farm animals in proper manner must look for food to the ever-increasing number of biologic-dynamic salesmen and animal breeders. Sometimes it can be a bit tiresome to produce one thing or another, but you will see that it pays!